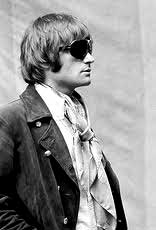 “Marty was the one who started the San Francisco scene”

Michelangelo claimed that he did not create a sculpture. Rather, the form was contained within the block of marble; he merely removed the excess, revealing the work of art. “I feel the same way about music, and about all the projects I’m involved in. The projects do themselves; the music comes through me.” The same vision Marty had when he launched the Jefferson Airplane is present today. In fact, nearly everything he has worked on over the years has been fueled with his vision of art and music as vehicles for expressing a positive message. “I still have the same attitude. “I still love the positive, uplifting songs, and I believe in songs with those qualities. I believe that music can help change the world for the better.”

Born Martyn Jerel Buchwald in Cincinnati, Ohio, on January 30, 1942, Marty was raised in the San Francisco Bay Area by parents Joe and Jean Buchwald. Joe became an important part in the 60s San Francisco music scene. As a lithographer, he was responsible for printing more than 200 different posters for shows at famous clubs like the Matrix, the Fillmore and Avalon Ballrooms. Jean started and kept the Jefferson Airplane Scrap Books featuring many of the bands photos and newspaper clippings throughout the peak of their historic popularity.
Growing up, Marty was always involved in art, music and dance. He attended San Francisco State University; initially pursuing a career as a painter. After appearing in a production of West Side Story, Balin turned to music with the encouragement of his good friend Ralph’s brother, Johnny Mathis.
In 1962 Marty renamed himself Marty Balin and began recording with Challenge Records, releasing the singles “Nobody But You” and “I Specialize in Love”. Balin was the lead for the folk music quartet called The Town Criers, followed by a brief stint with the Gateway Singers in 1965.
Ultimately Marty wanted to electrify the folk sound. “I wanted to play with electric guitars and drums, but when I mentioned that notion in clubs that I played, the owners would say, “We wouldn’t have you play here, not with drums and electricity. This is a folk club. So I decided to open my own club.” Balin opened the Matrix night club on August 13th 1965 featuring his new band Jefferson Airplane. The Grateful Dead, The Doors, Janis Joplin/Big Brother and The holding Company and Steve Miller are but a few other iconic Rock bands who performed at the Matrix.
“Marty was the one who started the San Francisco scene,” says Bill Thompson, Balin’s roommate back in the mid-’60s and former manag­er of both the Jefferson Airplane and Jefferson Starship. “Back in those days Marty was quite the businessman” said Paul Kantner. “He was the leader of the band on that level. He was the one who pushed us to do all the business stuff, orchestrating, thinking ahead, looking for managers and club opportunities. He was very good at it”.
The Jefferson Airplane, initially a folk-rock venture, came to epitomize the psychedelic scene, scoring a gold record with their 1967 second album, Surrealistic Pillow. Balin’s soulful tenor proved a pivotal element of their sound. He also wrote key compositions including “It’s No Secret” “Today,” “Comin’ Back To Me” “Plastic Fantastic Lover” “Share a Little Joke,” and “Volunteers.”
“In my formative rock days, Bill Graham was my manager, and you couldn’t have a better teacher.” – Marty Balin
At the end of 1978, after contributing several major hits including “Miracles,” “With Your Love,” “Count on Me,” and “Runaway” with Jefferson Starship, Marty left the band. In 1981, he released his first solo album, Balin, featuring two top hits. “Hearts” and “Atlanta Lady”.
Marty Balin leaves behind his beloved wife Susan Joy Balin, formerly Susan Joy Finkelstein, and his daughter’s Delaney Balin, Jennifer Edwards and his Stepdaughters Rebekah and Moriah Geier.